Solaris 10 Update 9 was the first edition of solaris after Oracle took over Sun. There hasn't changed much in the install procedure, but I hadn't done a full ZFS install yet, so I decided to create a new howto. This page will have a follow up for post install configuration.

This installation was done in a VMware vSphere VM, with a vmxnet3 network adapter. That adapter is not natively supported by VMware, so the VMware Tools will have to be installed before the network card will be available.

Note: If you're looking for a installation with the root filesystem being UFS, take a look at Install Solaris 10 Update 8.

For this installation, this media was used:

During the installation the following options were chosen to make sure all filesystems use ZFS and all software would be available: 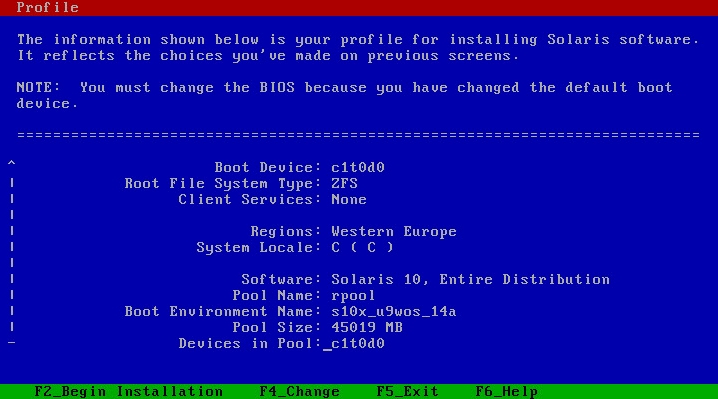 Install VMware Tools according to the manual which comes down to:

Afterwards you can check the installation like this, depending on the VMware tools version you'll see this: